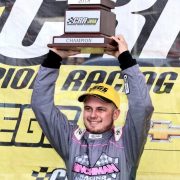 “It’s kind of hard to explain how it feels right now,” Dossey said.  “It hasn’t totally settled in, I’m still kind of pinching myself trying to get myself to wake up and be like ‘Hey, we got another one.’  This was definitely the goal in January when we announced we were running the JEGS Tour again at the banquet.

“We definitely had a good car all year.  No matter where we went, we were really good.  We just didn’t have the luck to pay off with our finishes, but we never gave up and we kept on striving.  We got some good strides and a lot of momentum coming from (Lucas Oil) Raceway Park. I’ve got to thank all my sponsors and my family and my crew chief and everybody here for sticking with me for two years now.  We’ll see you next year in the Super Series.” 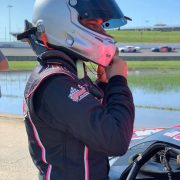 Wanamaker, IN (October 4th, 2018) – Defending series champion Jack Dossey III arrived at Lucas Oil Raceway with high hopes to lock his Munns Construction No. 20 into the Chase for the championship for the second consecutive year in a row.

After topping the practice speed chart earlier in the day Dossey set fast time in qualifying for the main event.

Running solidly inside the top-5 during the first half of the 100-lap event, the defending series champion ran into a few handling issues throughout the last half of the race. The 19-year old driver of the No. 20 Harts Auto Center/Munns Construction Toyota finished seventh.

Jack Dossey III, Mason Keller, Michael Clancy Jr. and Mandy Chick will compete for the championship in the season finale at Winchester Speedway (IN) during Winchester 400 Weekend.

“We were hoping to go into Winchester with a win from here,” Dossey told Speed51.com.  “But we have some good momentum with the fast time and a top ten finish.  I just got to thank my sponsors for everything.  Without them or my parents, I wouldn’t be where I’m at.  We just have to keep the wheels on it and be consistent and smooth.  That’s what we did last year and we won the championship.” 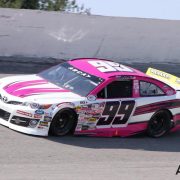 Jack Dossey III rolled into this race with confidence in his team and equipment.

“I have a lot of laps at Salem,” Dossey said. “I’ve run pretty good there in our late model stuff. I am pretty confident going in. The race in the spring didn’t go as planned, but I think we can go out and contend for a top ten finish. A top five would be like getting a win. We don’t have a huge budget; we do a lot with a little, so to go out and run with the best in the business is huge for us.”

Dossey maintained a top 10 position throughout the first 60 laps until a tire blew sending him spinning and clipping the tail section of the No. 20 Toyota. The crew got to work and got Jack back out there to eventually take the checkered in 15th.

“We ended up with some unfortuneate luck early in the race, after that we were basically out for the count for a top 10, but we went back out there and learned. We tried to gain as much knowledge and experience we could while we were there to better ourselves for the next time.” Dossey said. “My entire team and I work extremely hard to be at the race track in the first place, to not take on any oppurtunity to learn and grow would be a disservice to all of us.”

Next: Jack Dossey III takes on Lucas Oil Raceway with the JEGS/CRA All Stars Tour 9/30 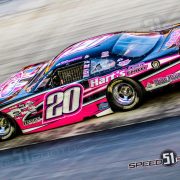 Winchester, Indiana (September 3, 2018) – Defending series Champion Jack Dossey III rolled into the high banks of Winchester Speedway looking to clench a podium finish at one of his favorite race tracks over Labor Day Weekend with both the JEGS/CRA All Stars Tour and ARCA/CRA Super Series.

After topping the chart during practice on Saturday with the ARCA/CRA Super Series, Jack went on to qualify 8th for the main event to take place on Sunday.

Jack Dossey III ended Saturdays practice with the JEGS/CRA All Stars Tour in 2nd to Chase competitor Mason Keller. Jack then went on to clench fast time in qualifying for the main event to take place that evening.

Running solidly inside the top 2 early in the race, Jack Dossey III took the lead on lap 25. As the laps went on, Jack slowly started to detach himself from the second place runner of Jack Smith. By lap 65 Jack Dossey III had managed to gain over a 5 second lead over Smith, clearly making his No. 20 Toyota the dominant of the field. That was until lap 71 – when defending series champion Jack Dossey III would make hard contact with the turn 2 wall from a blown right front tire.The 19 year-old driver of the No. 20 Harts Auto Center Toyota finished 10th.

Although Saturday nights events seemed to have felt like a huge let down for Jack and his entire crew, that didn’t stop them from getting ready for battle the next day with the ARCA/CRA Super Series.

Jack Dossey III never shied out of the top 4 the entire race, being involved in some “bring you to your feet” battles. It wasnt until 11 laps to go, Jack had just made the pass for P. 3 when a red flag came out due to fluid on the track. Jack would restart 4th with just 10 to go. On the restart, Jack was forced to lay back a bit due to Kyle Crump having mechanical issues in front of him, once Jack got collected, he went on to battle with the No. 29 of Austin Kunert for the second position. With just 4 laps to go, Jack Dossey III made the pass to bring home a 2nd place finish to veteran driver, Jeff Fultz. This was Jacks best yet in the ARCA/CRA Super Series. 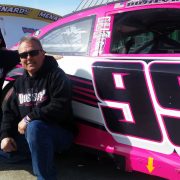 Jack Dossey III made his ARCA Racing Series Presented by Menards debut this past Sunday afternoon at the famous high banks of Salem Speedway. Before the 200 lap event, Jack and the rest of the JDM crew tested the #99 Toyota at Salem, a track Jack set fast time and finished second in last year with the JEGS/CRA All-Stars Tour. 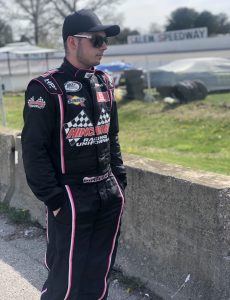 “There is a night and day difference between the JEGS Tour late models and the bigger, heavier ARCA cars,” remarked Dossey. “I learned a lot at the test. It was good we went. I think this could be big for my career and the team.”

Jack and the JDM crew went to work Saturday afternoon in practice to prep for qualifications and the Kentuckiana 200. With a few solid runs for majority of the hour and a half practice session, the crew started to settle in and begin to settle in their adjustments when a slight problem arose with the left front suspension. Into qualifying, the team had high hopes that the problem was resolved. Unfortunatly, just the few 3 laps that Jack got to feel the car during qualifying showed that there was something still causing a problem. After a night of evaluating the situation, the crew went to work the next morning and found and fixed the problem before starting the 200 lap enduro that afternoon. 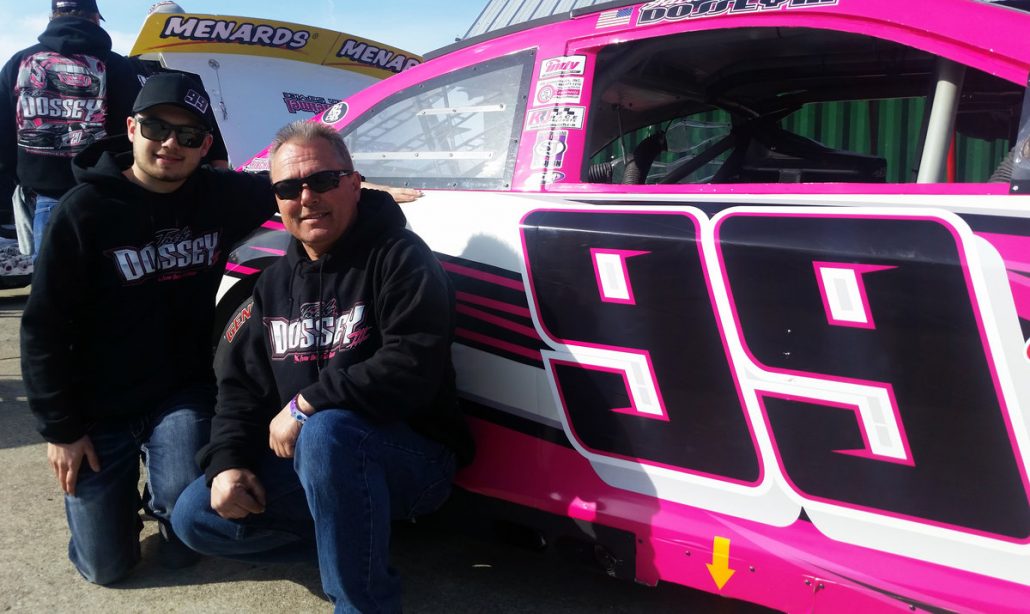 At the start of the race, Jack pitted early along with the strongest competitors in the field Off pit road, Jack gained 2 positions. He indicated that the car felt really good, he was just riding it out for a few laps to save the life of his tires and prepare to make his move on the field ahead of him.

On lap 85, the No. 25 of Natalie Decker and the No. 27 of Travis Braden made contact just ahead of Jack, sending them spinning and piling up into the back stretch wall and including Jack and the No. 32 of Gus Dean. The incident left only cosmetic damage on Jacks No. 99 Toyota. 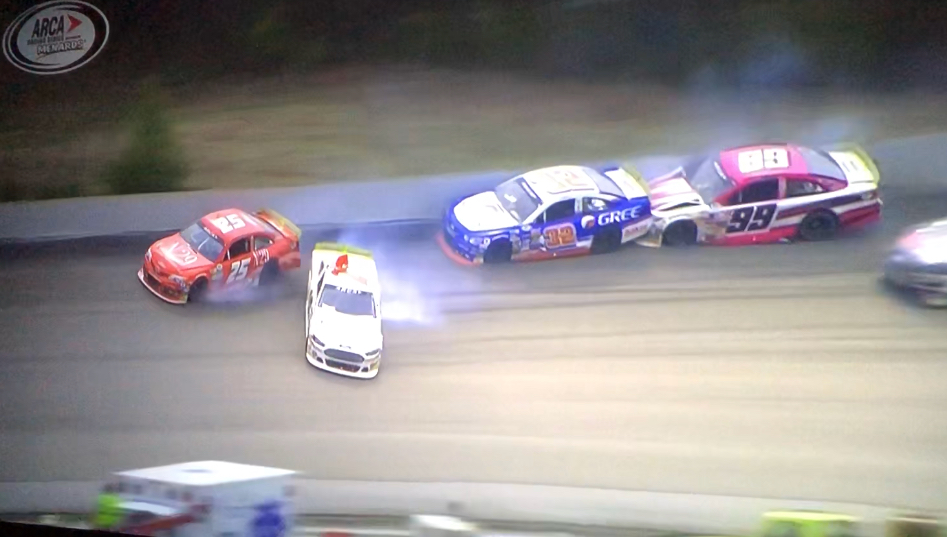 Jack did good with keeping the nose clean and making stong passes up the field when the No. 46 of Thad Moffit made heavy contact all the way down the front stretch, eventually sending Jack into the turn 1 wall and sending himself spinning. The wreck caused heavy damage to the right front suspension and the trac bar. Jack came down pit road early after the wreck, putting him a lap down. The crew patched the car back together the best they could and Jack went back out there to run with what he had. Unfortuneatly, the trac bar eventually failed and left Jack short of the checkerd flag by just a few laps. Jack took home a 17th place position.

Although it was not what the driver and team hoped for, the entire crew and Jack especially learned a lot and will be much better the next time the JDM team competes with the ARCA Racing Series Presented by Menards at Lucas Oil Raceway in September.

Up next – Jack kicks of his season with the JEGS/CRA All-Stars Tour at Birch Run Speedway on April 29th! 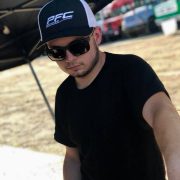 Jack Dossey III will be at the Indiana Farmers Coliseum for the Indy Fuel Game this Saturday night for their annual Race Night! The reigning 2017 Champion will have his JEGS/CRA All Stars Touring Series Pro Late Model there as well. Doors open at 4:30 P.M. in Hall B for the pregame car show. Admission is free with your game ticket! Visit www.IndyFuelHockey.com to order your tickets now!

What goes into a blog post? Helpful, industry-specific content that: 1) gives readers a useful takeaway, and 2) shows you’re an industry expert.

Use your company’s blog posts to opine on current industry topics, humanize your company, and show how your products and services can help people.